Editor’s note: When the ‘Big Three’ RV manufacturers announced in mid-July they would not be participating in Open House Week this year, that effectively cancelled the annual event. But RV PRO still talked to 68 product managers, division heads, marketing directors, and C-level executives to bring you this year’s 2021 model year preview. It’s in the September 2020 issue, and two of the companies featured are covered in today’s eNews.

Vanleigh celebrated a milestone anniversary in 2020, marking five years since the RV maker spun out of Tiffin Motorhomes to enter into the fifth wheel market.

As the company looked ahead to the 2021 model year, it decided to make changes to its brands based on what it has been hearing from its dealers, as well as from the customer base it has developed over the past several years.

“What’s new, what’s exciting for us, is that 2021 model change for all three brands is the culmination of genuine customer feedback over the last several years,” says Chase Davis, Vanleigh national sales manager.

The fifth wheel manufacturer has three brands: the Vilano, the Beacon and the Pinecrest. The Pinecrest is the newest – and it received the most changes of the three in the 2021 model year; again, based on customer feedback.

Davis explains that the Vilano and the Beacon share many similarities; in any given model year about 80 percent of the new feature benefits apply to both models. The Beacon, given its higher price point, always carries a few more standard amenities than the Vilano.

Many of the changes in the Pinecrest for 2021, Davis says, are intended to enhance the similarities between that fifth wheeler and its two older siblings.

For example, Vanleigh – as Tiffin is in the motorhome world – is known for doing its own cabinetry and woodwork, Davis says. Less of that custom woodwork had been found in the company’s Pinecrest units, but that will change in the 2021 models.

Another feature that customers of both the Vilano and Beacon always expressed fondness for was the soft-touch vinyl ceiling. That will now be standard in the Pinecrest.

Also, on the Pinecrest’s two largest floor plans, the 335 and 392, Vanleigh has redesigned the front cap and straightened out the front of the coach, which Davis says allows for more headroom and more closet space.

The Pinecrest also has a new color option when it comes to the cabinetry. White Linen remains one of the two options while a new choice is Sterling Gray.

All three of Vanleigh’s brands are being upgraded with smart TVs as a standard feature in 2021.

While the Pinecrest received the lion’s share of changes in the 2021 model year, customers had plenty of feedback on Vanleigh’s Vilano and Beacon brands.

“Probably what we’re most excited about on those two brands are the new floorplan layouts that we’re debuting for 2021.” Davis says.

Other new features debuting in the 2021 Vilano and Beacon brands include: soft-close doors and drawers; Winegard Air 360 Plus systems; Insignia four-burner stoves; a reworked pantry configuration to allow for more storage; and for the brands’ rear-living floorplans, an entirely new galley slide configuration.

Riding record sales and more than a six-month backlog on available units, Houston-based TAXA Outdoors’ focus in 2020 is on fresher, more modern looks and creating a common core among its four models.

Catering to a unique demo of young families, TAXA has gradually shifted its flagship model away from its spartan Cricket model – designed for two adults and two children – to its more deluxe Mantis line. Packing more niceties and more space, the Mantis sleeps four adults but still tucks away neatly into a standard garage.

TAXA President Divya Brown says this shift has been the result of ongoing analysis of how customers are using the units, which are called habitats. Designed by Garrett Finney, a former NASA engineer and the company’s founder and CEO, TAXA’s four habitats – also including the TigerMoth and Woolly Bear – are less home on wheels and more launch pad for travel and adventure.

“Our customers are people who have never really considered themselves RVers,” says Brown. “They are families of four or more who want to live and work remotely. They might dream of living an alternative lifestyle or of being off grid.”

While TAXA’s customers embrace minimalism, they do also like having the ability to customize their living space. That’s why with its fall updates, TAXA will shift to more simplified cabinetry with a metal frame that gives customers more access and better ability to configure their cabinets to their liking.

TAXA’s cabinetry features a series of milk crates that customers can place as drawers inside the unit and easily remove to take food and other items outdoors.

As the cabinets take on a more modern look, the company is simultaneously offering a throw-back to the bright orange tent side it offered on its earlier models. “We are also going to be rolling out Overland editions of all our habitats,” says Brown. “These models will have bigger tires, more ground clearance and a different axle system that will let people take the units further down dirt roads.”

TAXA previously only offered the Cricket line in an Overland edition.

On the heels of its move to larger space – which is two-and-a-half times the size of its previous facility – TAXA is looking forward to increased production capacity to address an ongoing spike in demand.

“We average over 600 leads per day with demand for more product,” says Brown. “Every unit we sell is pre-sold to the end customer. There are no unsold units.” 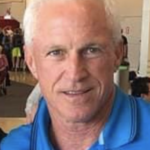 Vanleigh RV (VLRV), a Burnsville, Miss.-based division of Tiffin Motorhomes Inc. and a leading manufacturer of luxury fifth-wheels, announced Wednesday (July 15) the addition of Doug Richards to its sales team. In his new role with VLRV, Richards will be serving as the Central Regional Sales Manager. Richards brings years of experience in the RV industry as a leader in both the retail and OEM side of the business. 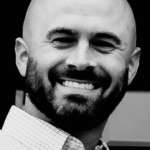 In addition, Chase Davis will assume responsibility for the Vanleigh Sales Team in his new role as National Sales Manager, where he will be responsible for dealer relations, product development and supporting his regional sales team and dealers in the field. Davis has spent the last two years as the Central Regional Sales Manager.

Customers, dealers and vendors will maintain the same contacts at Vanleigh that they’ve had
previously for any of their needs.

“This change expands our product offerings, while keeping our company a family-owned
manufacturer,” says Tim Tiffin, CEO of Tiffin Motorhomes. “As a team, we’ll continue to commit
ourselves to the pursuit of building best-in-class recreational vehicles.”
“We are excited to become a division of Tiffin and to combine our Fifth Wheel expertise with the
Class A and Class C products.” Leigh Tiffin of Vanleigh RV.